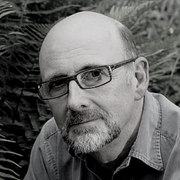 Luke Jennings graduated from Rambert School and worked for almost a decade as a dancer before moving into his writing career as an author, dance critic and journalist. He has been nominated for awards such as the Booker Prize and the BBC Samuel Johnson Prize. As a journalist he has written for Vanity Fair and The New Yorker. Whilst being a long time dance critic for the Observer and writing dance-related articles for Time.