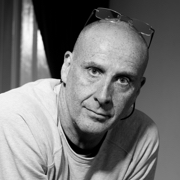 An ex-dancer, Peter Dunleavy was a competitive swimmer and runner in his youth, before starting his working life as an Engineering Draughtsman. Changing to dance he worked with independent artists, Jane Dudley, Inge Longroth and Micha Bergese, before a decade with the UK’s leading contemporary dance company, London Contemporary Dance Theatre. He then studied Osteopathy and after graduating, ran a private practice specialising in professional bodies including athletes, dancers, boxers and practitioners of martial arts.

On leaving private practice, he began working for Rambert School and devised and set up the Screening, Treatment and Rehabilitation Unit in 2006.

He lectures in Anatomy, assists in delivering academic lectures to the students and is currently part of the Dance UK Medical Advisory Group.

Apart from dance, Martial Arts have been the consistent physical interest in Peter’s life, beginning with Judo and then Shotokan Karate. During his dancing years, Aikido became the main focus of study. Peter holds 1st Dan in Shotokan and 2nd Dan in Aikido.