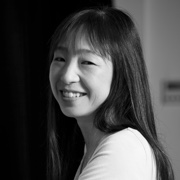 She was soon performing soloist roles such as the second variation in La Bayadere and the Pas de Trois in Swan Lake. During her second year, she began performing principal parts including both the Russian and Waltz girls in Serenade and the lead in Theme and Variations. Returning to the UK, she joined London City Ballet and at the end of her first six months she appeared as the Sugar Plum Fairy in Nutcracker, after which she was promoted to Soloist.

During the following year she performed many roles including the Pigtail Girl in Graduation Ball, Flower Festival Pas de Deux and Le Corsaire Pas de Deux, before being promoted to Principal. Her subsequent roles included the Don Quixote Pas de Deux and the title roles in the company’s full length productions of Cinderella and Romeo and Juliet. At London City Ballet’s Christmas season at Sadlers Wells Theatre, she performed the lead role of Odette/Odile in Swan Lake. Ayumi was also invited to dance the lead role of Swanhilda in a performance of Brenda Last’s production of Coppelia in Tokyo.

After leaving London City Ballet, Ayumi was chosen by Gillian Lynne to join the cast of The Phantom of the Opera in the West End as the first Japanese cast member. Still maintaining her contact with the ballet world, she guested with both stars of British and Russian Ballet and as Guest Principal with the Wiener Ballet Theatre, touring extensively in Germany, Switzerland and Sweden. She also performed the Sleeping Beauty Pas de Deux, with her husband, at the 3rd Seoul International Ballet Festival in Korea. They were the first couple to be invited to represent the United Kingdom.

She moved on from her dance career into teaching and produced a version of Coppelia for Saga Ballet Company in Japan using several UK Guest Artists, including Martin Lindinger of Rambert Dance Company, as it was then known. She is also a qualified gymnastics coach and was an assistant coach at Heathrow Gymnastics club.

She has taught a wide range of students, from the very young to professional level, such as at K Ballet and The Lion King in London’s West End and also at many vocational schools and international summer schools. She also gives private coaching and has choreographed and co-produced two full length ballets in Japan.