The Lady behind the Legacy – Anniversary of Marie Rambert’s birth

In honour of Dame Marie Rambert’s birthday we’re sharing a few facts about the dance pioneer.

In her time, Marie Rambert arguably trained some of the dance professions most notable figures including Christopher Bruce, Frederick Ashton and Antony Tudor.  The waves that she and her contemporaries made in the dance world are unprecedented not only in the UK but also internationally.

Marie Rambert launched the first permanent school and company in the UK at a time when it wasn’t common place for British Ballet to be celebrated. Nevertheless, she relied primarily on British dancers, choreographers, and designers in contrast to the general preference for engaging international ballet artists.  Rambert gave strong support to such young British choreographers as Ashton,  Tudor, Andrée Howard, Frank Staff, Walter Gore, and Norman Morrice and presented their works in London at The Mercury Theatre, owned by her husband Ashley Dukes.  Dancers who worked with Rambert were noted for ‘the individuality of their interpretations’ which is something the School strives to continue today.

From humble beginnings, who would’ve thought nearly 100 years on Rambert School would find it’s home in Richmond and Rambert company would be in its £16.5m headquarters on the Southbank.

Read her full biography and the history of the School here. 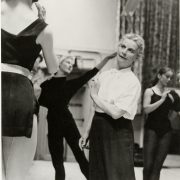 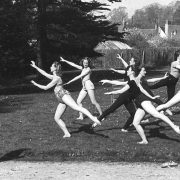 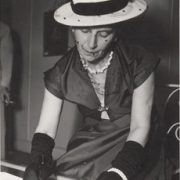