Rambert School of Ballet and Contemporary Dance is delighted to announce that the acclaimed dancer and choreographer Christopher Bruce CBE has become its new Patron.

Christopher studied at the Rambert School from 1959 and joined the company (then Ballet Rambert) in 1963, quickly becoming a leading dancer. He was Associate Director of the company from 1974 to 1979 and later performed as a guest with the company as well as serving as Associate Choreographer until 1987. Christopher was appointed Artistic Director of Rambert in 1994 and, after his retirement from the position in 2002, continued to stage work regularly for the company.

Christopher has maintained a close relationship with Rambert School over the years and is deeply committed to nurturing and developing young dancers and choreographers in line with the School’s focus on creating the next generation of innovative, creative and individual dance artists.

Rambert School will also perform a re-staging of Christopher’s work Dancing Day, created especially for the School in 1981, as part of its performance at the Next Generation Festival at the Linbury Theatre this summer.

Of his appointment Christopher Bruce CBE said: “I have been part of the Rambert family for over 60 years and feel deeply honoured to have been invited to continue my association with the School by becoming a Patron. I very much look forward to working with Amanda and the staff in the hope I can contribute to the development of a school that has, for over a century, regularly produced remarkable dancers and choreographers who have, in turn, made an invaluable contribution to the world of dance”.

Principal, Artistic Director and Chief Executive of Rambert School, Amanda Britton said: “I am absolutely thrilled that Christopher will take up the role of Patron, following the sad passing of Sir Robert Cohan last year. As a student at the School he was trained by Marie Rambert, and he went on to become leading dancer, Associate Choreographer and Artistic Director of Rambert Dance Company, choreographing some of Rambert’s most well-known and respected works: no one has more ‘Rambert’ in their DNA than Christopher. I am exceptionally grateful that Christopher will cement his longstanding relationship with the School as we look to the future.” 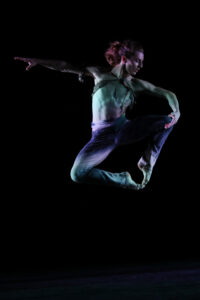