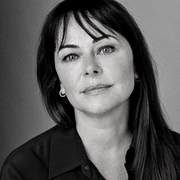 Polly Walker joined Rambert School, then Ballet Rambert, at 16. At 18 she pursued her acting career and has starred in films such as Enchanted April, Patriot Games, Restoration and Savage Messiah. She received a Golden Globe Award nomination in 2006 for her work in the drama series Rome. She is currently starring in Netflix’s original period drama Bridgerton.