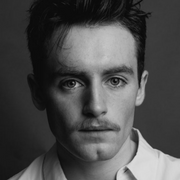 Christopher is co-director of Retrospect Dance Theatre where he directed, performed and edited their first full-length work In Light of Those You Love (2017). Choreographic achievements include the Charlotte Kirkpatrick Award 2016, Young Choreographer 2017 and joining the Cohan Collective as a creative collaborator. Christopher joined Sadler’s Wells as a Young Associate Artist, where he has created works for both stages in the theatre.