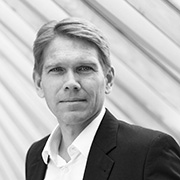 He performed and created many leading roles and worked with numerous prominent choreographers and artists, among them, Christopher Gable, Lynn Seymour, Frederick Franklin, Ivan Nagy, Rudolf Nureyev, Glen Tetley, Christopher Bruce and Jiří Kylián. During his dancing career Christopher began to turn his focus towards teaching and qualified with The Royal Ballet School’s Professional Dancers Teachers’ Course. He was Assistant Artistic Director of Central School of Ballet’s graduate touring company and in 2000 he helped coordinate and performed in a Gala to celebrate the life and work of Christopher Gable CBE.

In 2000 he joined the faculty of The Royal Ballet School at the invitation of Gailene Stock, teaching 2nd year boys at the Upper School. He then moved abroad in 2006 to take up the position of Graduate Teacher with the dance department of the Royal Conservatoire, The Hague. In September 2010 Christopher was appointed Artistic Director of the Dutch National Ballet Academy. Throughout this period he assisted in establishing The Dutch National Ballet Junior Company and founded the Amsterdam International Summer School.

Christopher has taught internationally and participated as a jury member on many international competitions including the Prix de Lausanne, Switzerland, and the Youth American Grand Prix, New York.

He returned to The Royal Ballet School and took up the post of Artistic Director in September 2014.