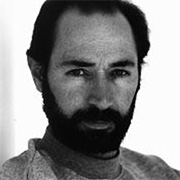 Christopher Bruce CBE is a British choreographer and performer. He was Artistic Director of the Rambert Dance Company until 2002.

He choreographed the Andrew Lloyd Webber/Alan Ayckbourn Musical Jeeves at Her Majesty’s Theatre, London in 1975. In addition to performing and choreographing, he has created many works for Rambert and for Nederlands Dans Theater, Houston Ballet and Cullberg Ballet and has had a long-term association with the English National Ballet and the Houston Ballet. His works include Cruel Garden, Ghost Dances, Sergeant Early’s Dream, Swansong, Moonshine and Rooster.

Bruce was appointed a CBE for a lifetime’s service to dance because he was one of Britain’s leading choreographers. He is a visiting honorary professor at the University of Exeter, Honorary Doctor of Art at De Montfort University and honorary life member of Amnesty International.

Rambert School of Ballet and Contemporary Dance is delighted to announce that the acclaimed dancer and choreographer Christopher Bruce CBE has become its new Patron. Read the full press release here.

Christopher studied at the Rambert School from 1959 and joined the company (then Ballet Rambert) in 1963, quickly becoming a leading dancer. He was Associate Director of the company from 1974 to 1979 and later performed as a guest with the company as well as serving as Associate Choreographer until 1987. Christopher was appointed Artistic Director of Rambert in 1994 and, after his retirement from the position in 2002, continued to stage work regularly for the company.

Christopher has maintained a close relationship with Rambert School over the years and is deeply committed to nurturing and developing young dancers and choreographers in line with the School’s focus on creating the next generation of innovative, creative and individual dance artists.

Rambert School will also perform a re-staging of Christopher’s work Dancing Day, created especially for the School in 1981, as part of its performance at the Next Generation Festival at the Linbury Theatre this summer.