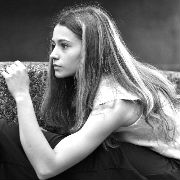 Following her time at Rambert School Carolina Cortesi was offered a 2 year soloist contract in March 2017 with Plzen Ballet in the Czech Republic.

During her first season she had the opportunity to dance many different roles from ballet repertoire and contemporary works including:

During the 17/18 season she created the role of Manon in Filip Veverka’s new production and Hetty in Jiri Pokorny new Chaplins production.   This year she is also dancing as guest principal dancer at the Hybernia Theatre in Prague, where she will perform Odette/Odile in Swan Lake, and Clara/Sugar Plum Fairy in The Nutcracker. It is her second season with DJKT Theatre and the Plzen Ballet.